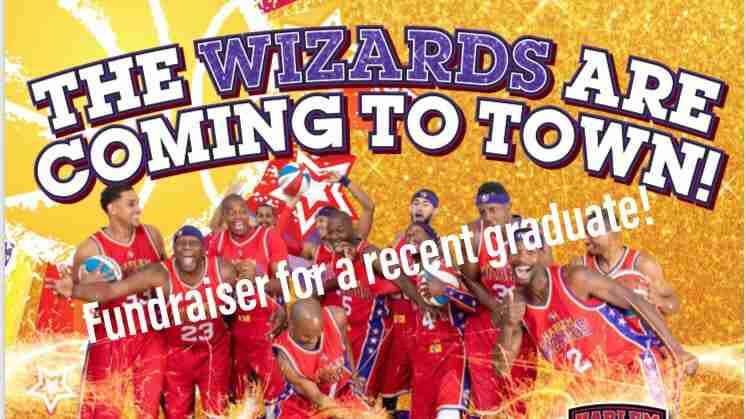 The Alton Police Association & The Alton Business Association invite you to join us as we host “The Harlem Wizards” for a fundraising event for local graduate, Tanner Brennan!!

Tanner is an 18 year old recent graduate of Prospect Mountain High School who was recently diagnosed with having an Arteriovenous Malformation (AVM) in the left side of his brain. This condition has caused limited use of his right arm and some difficulty in processing information. After several appointments, Tanner was referred to Mass General due to the size of the mass. Because of its size and how deep into his brain the AVM is, it cannot be removed, so radiation therapy will be used to try to shrink it in hopes of preventing his symptoms from getting worse. To add to his struggle, an aneurysm was found on his AVM which requires monitoring and possibly future surgical repair. Tanner faces a long and difficult road ahead and it will be years before he knows if the radiation treatment is effective. Tanner’s treatment requires multiple trips to Boston and several consecutive days of radiation treatment.

The Alton Police Association and the Alton Business Association have partnered to bring an entertaining fundraiser to Prospect Mountain High School on September 21, 2019 when the world famous Harlem Wizards will be returning. This show will feature several of the Harlem Wizards players playing against school faculty and staff from both Prospect Mountain High School and Alton Central School as well as Alton Police officers. All proceeds will go to Tanner to aid in his mounting medical costs and trips back and forth to Boston.

The Harlem Wizards have a unique mission: create awe-inspiring events throughout the country. Fans will witness amazing basketball talent combined with hilarious comedy. Its two hours of family time where parents, grandparents, and kids can all laugh together. When you’re in the stands, you’re more than a spectator; you’re part of the show with loads of audience participation. Throughout the game, fans will experience a magical display of tricks, coordinated ball handling, fancy passing and aerodynamic athleticism combined with high-energy comedy and audience interaction. The experience can only be summed up in two words: Awe-Inspiring!

Tickets may be purchased online in advance for $12.00 by going to
https://harlemwizards.thundertix.com/events/155763 or can be purchased at the door for $15.00. There will also be a Harlem Wizards merchandising table and concessions available to purchase on-site.

A display table will be provided for the GINGERBREAD HOUSES and voting categories are youth & adult.

Here’s how it works:
Participating businesses/organizations/residents will REGISTER and “donate” a tree, decked out with all the trimmings of their choosing! Participants will set up their tree or wreath at the museum.
To REGISTER, please complete our easy online form, https://forms.office.com/r/Hkbh1K4PJM
Deadline to register is 11/30/22!
Entry to this event is FREE, but attendees have the option to purchase raffle tickets (for $1 each) for a chance to win their favorite tree(s) or wreath(s). Proceeds from the raffle will benefit the Alton Community Services/Mrs. Santa Fund. At the end of the event, each of the trees will be given to the raffle winners. Tree winners are announced on 12/4 and will be picked up that night or by 12/5.
We’ll also ask our community to vote for a “Community Favorite” tree.
At the end of the event, our participating businesses will have made the season brighter, and supported a great local cause.
This event also includes refreshments, music, a raffle and more… This event is FREE to attend and open to the public. Stay up-to-date by following our Facebook event page or visit our website altonbusinessassociation.com 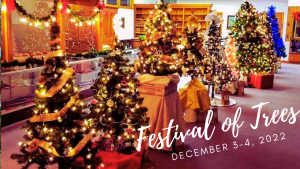 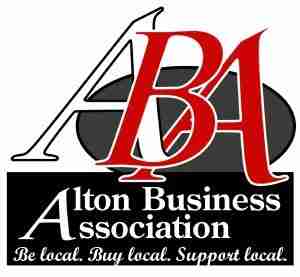 The Town of Alton “Light Up Night” is presented by the Alton Parks & Recreation Department and the town tree lighting is sponsored by the Alton Business Association. Saturday, December 3rd

The Town of Alton “Light Up Night” is presented by the Alton Parks & Recreation Department and the town tree lighting is sponsored by the Alton Business Association.

Saturday, December 3rd at Village Center.  The tree lighting will take place at the Alton Town Hall tree. There will be hayrides, kids’ crafts, and Santa will be inside for pictures.

Stay tuned to the Parks & Rec Facebook Page for more information and times.

Making your list and checking it twice? Explore Alton’s Main Street businesses during Light Up Night! Get a jump on your holiday shopping and be

Making your list and checking it twice? Explore Alton’s Main Street businesses during Light Up Night! Get a jump on your holiday shopping and be a part of all of the merriment on Main Street! Support local businesses! This event is sponsored by ABA Member, Catchpenny, and the ABA!

Please come relax and celebrate the season with fellow ABA Members at our “Holiday Meet & Mingle-Jingle”! It’s been

Please come relax and celebrate the season with fellow ABA Members at our “Holiday Meet & Mingle-Jingle”!

It’s been an amazing year of business networking, outreach, success and community connection through our hosted events! Treat yourself to some social time over a delicious meal!

Foster’s Tavern has generously offered to host us! Guests can order off the menu or just swing by for a drink and/or appetizer.

We have RESERVED a portion of the restaurant so PLEASE RSVP, so we have an estimated guest count for space.

Members + Guests are Welcome!!
Be sure to bring along your business cards or brochures!!

The ABA is a non-profit local association that is comprised of business members from Alton and surrounding town communities. Our MISSION is to promote the commercial interests and welfare of the Alton community. We gladly accept and appreciate DONATIONS at any time to support the numerous events, fundraisers and donations to charities our association provides!

The Alton Business Association works to promote the commercial interests and welfare of Alton, New Hampshire and the surrounding area, by supporting new and existing businesses.  Working with community members and municipal representatives, we promote local economic development and enhanced quality of life for our residents, businesses and visitors.

About ABA | Join the ABA Today!